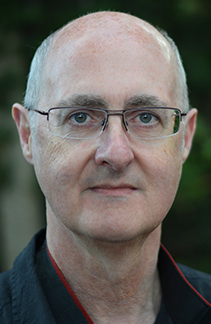 Nigel Frey was born and educated in London, where he has lived and worked all his life.

DEVELOPING INTERESTS AND INSPIRATIONS
In his younger days, Nigel was already fascinated by science and technology. This was most evident in his interest in major projects such as the supersonic airliner Concorde and the Apollo 11 space mission to the Moon.

Furthermore, his love of visually stunning and thought provoking films was expressed through the intellectually based imagination of Stanley Kubrick’s 2001: A Space Odyssey and David Lean’s Lawrence of Arabia.

This also included the study and research into car design since The Daily Telegraph sponsored Bertone Jaguar Pirana concept car (of 1967), together with the boldness of the architect Frank Lloyd Wright and the design of high speed trains (British Rail’s experimental APT prototype and Japan’s Bullet trains).

UNIVERSITY EDUCATION AND CAREER
Nigel’s growing interest in art and design led him to complete a degree course in graphic design at the London College of Communication (formerly London College of Printing), from where he graduated in 1979.

He first embarked on a career as a technical illustrator with Irwin Technical Ltd in London. Then in order to broaden his work experience, he went on to work for a model making company, Adrian Marchant Ltd in New Malden, Surrey, during which he developed skills working on knights in armour, TV set backdrops and models for theme parks (using fibre-glass, latex and polystyrene).

He then entered magazine design work in 1981 with VNU Business Publications. However, his big commercial break took place in 1983 when he began his freelance career as a magazine designer for many of London’s leading publishing companies. This continued until the early 1990s when he moved towards commercial photography, which he continues to specialise in.

TEACHING AND TRAINING
By now, Nigel had accumulated many years industry experience. So in an attempt to encapsulate all the various skills (including the latest in digital imaging and desktop publishing), he also expanded into lecturing in Further and Adult Education in 2002.

He covers Adobe software (Photoshop, Illustrator and InDesign), photography and concept art. He has also had much experience in teaching students exclusively with physical disabilities and learning difficulties.

Nigel also provides private training in the above subjects for businesses and individuals (for marketing, publishing and photography).

RESEARCH AND TRAVEL
Throughout his working life, Nigel has been influenced by various individuals and organisations in the world of art and design. These have included the architects Frank Lloyd Wright, Antoni Gaudi, Richard Rogers, Norman Foster, Renzo Piano, Cesar Pelli and Zaha Hadid; the car styling and concept houses of Pininfarina, Bertone and Sbarro and the industrial designers Luigi Colani and James Dyson.

FUTURE DEVELOPMENTS IN 2021
In the past, Nigel has benefitted from periodically reinventing his career and now plans the next phase as he adapts to the challenges imposed by the Covid-19 pandemic.

It is throughout 2021 that he will return to the areas of magazine design, technical illustration and information graphics. He will be launching an on-line publishing service to produce brochures and magazines for organisations and individuals promoting their businesses and careers (through bespoke design, photography and illustrations). He will also announce a brand new in-house quarterly
e-magazine to promote the latest work, ideas, research and experimental projects.

Nigel will also diversify into other new career opportunities as part of a radical change in direction. One will see the unveiling of a new line of work in the form of concept ideas (for architecture and vehicle design) and matte painting visual imagery, allowing him to encompass many more of his interests.

Photograph by Laurence Bispham
Next
Previous